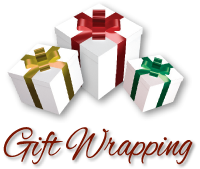 So here you are, you finally found that perfect present. The one that will make you the hero this Christmas. But with all that work it took to find the perfect gift, you are tired and the thought of now having to wrap it is unbearable. Well don't fret, just sit back and enjoy your eggnog. We've got you covered. We'll wrap it before we send it to you.
Or maybe you've found that perfect gift but are all stressed out cause your loved one won't be with you this year and they live far away. What are you going to do? Well we can help you with that too. We can not only wrap your perfect gift but we can send it to them directly and save you the hassle the having to figure it out.
Whatever your situation, we'd like to help you with our giftwrapping service.
For only $3 we'll not only wrap your present but we'll also include a giftcard with your very own holiday message.
(0) Comments
Read More

Posted by Senior Park Ranger on 11/25/2015 to Trailers
While it's hard to believe not everything in the world is Star Wars, amidst the hype of the upcoming The Force Awakens release, the trailer for Captain America Civil War was just premiered.
Here is the trailer just in case you missed it and don't forget that Christmas is just around the corner, please be sure to check out our site for incredible gift giving ideas. You are sure to find that perfect gift for even the most difficult to buy for.
(0) Comments
Read More 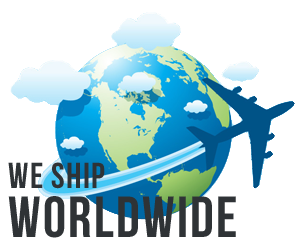 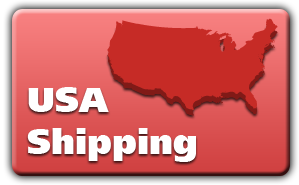 Free Shipping is now available on all orders over $75 (before taxes).
(0) Comments
Read More

Posted by Senior Park Ranger on 11/11/2015 to News
We all love our superheroes, Whether it's Superman, Batman, or Wonder Woman we've followed their exploits and cheered them on as they battled the forces of evil. In times of good and bad, those heroes like Spiderman and Wolverine have been there for us to give us strength to endure our own pains and troubles and fight on to see better days.
While it's good to have something to believe in and support, these heroes we cherished as children and have kept with us as we grew up would not have been there if it was not for the REAL HEROES of our armed forces.
They didn't have any superpowers to rely on, they had their bravery and an unwavering will to fight the evil and protect the freedom we all now are able to enjoy.
The men and women of the Canadian armed forces show us, that heroes are not just fantasies that we read about or watch on a screen, they are real and on November 11th we will take a moment to show them respect and remember those who made the ultimate sacrifice.
(1) Comments
Read More
More results: 1 2 3 4 5
Quick View