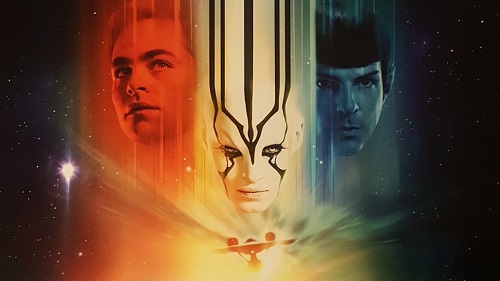 The Latest and final trailer to the upcoming Star Trek Beyond has been released and feature the new Rihanna song Sledgehammer. As this year marks the 50th Anniversary in the legendary franchise, we're sure the release will only be the tip of the iceberg when it comes to seeing all things Trek this year. Also, it's probably worth noting that this movie should also get some added draw due to the unfortunate passing of Anton Yelchin who plays Chekov.
Star Trek Beyond is directed by Justin Lin from the Fast and Furious franchise so we're sure there will be a lot of action and effects and if the trailer is any indication, then we'll see yet another Enterprise get destroyed. I guess Starfleet just can't build them strong enough. The Film also stars Chris Pine, Zachary Quinto, Simon Pegg, Zoe Saldana, John Cho and Idris Elba.
Catch this latest installment in the Star Trek franchise on July 22, 2016 and for Canadian residents, keep it locked here to Leisure Park Entertainment for details on how you can win a Star Trek Prize Pack valued over $400.
Click here to see the latest trailer
Previous Post
Next Post
Quick View